Our Classic Vehicle Dealer Today Is: 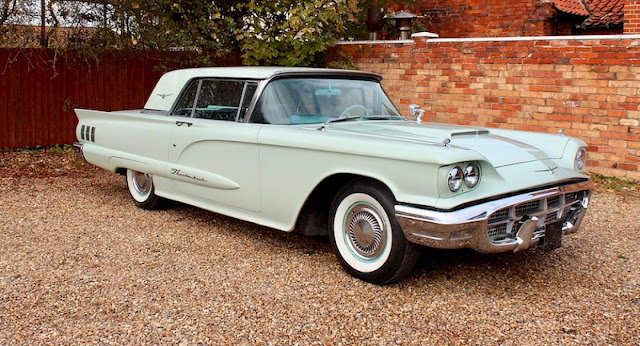 Offered for sale an exceptional matching numbers 1960 Ford Thunderbird with superbly well documented history.
Advertised in 1960 as the ‘Worlds Most Wanted Car’, this Thunderbird was ordered new through the Pearson Ford Co. San Diego dealership as a husbands Christmas gift to his wife. The ‘original’ hand written order sheet, dated 19th November 1960 shows the car was specified with the following options. 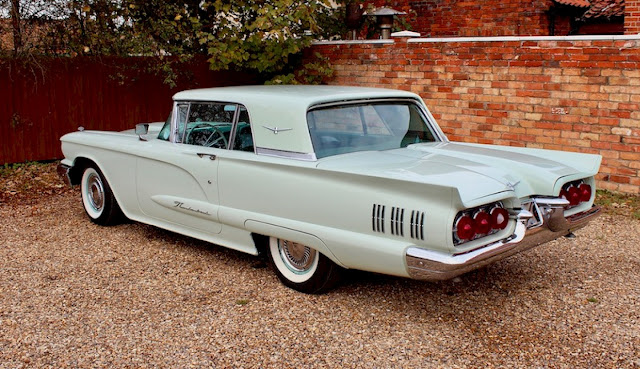 With a purchase price of $5010 less dealer discount, a sizeable amount of money for a car back in 1960 there is no surprise to see the owner needed finance and the history folder even contains a letter from the bank thanking the owners for the final instalment in Jan 1964. Reading further on into 2” History folder it is great to see the car was obviously loved and cosseted by her owners as in 1969, with 36,000miles on the clock the T-Bird was put into storage and remained there until 1980 when the owners, Howard and Edna Hoffman, now resurrected the Thunderbird. Giving her a fresh re-paint she was entered in the Vintage Thunderbird Club of America Concours Awards in 1982, now showing 40,461 miles on the clock, and scored 287 points out of 300, and the following year coming first in class with 288/300 points. 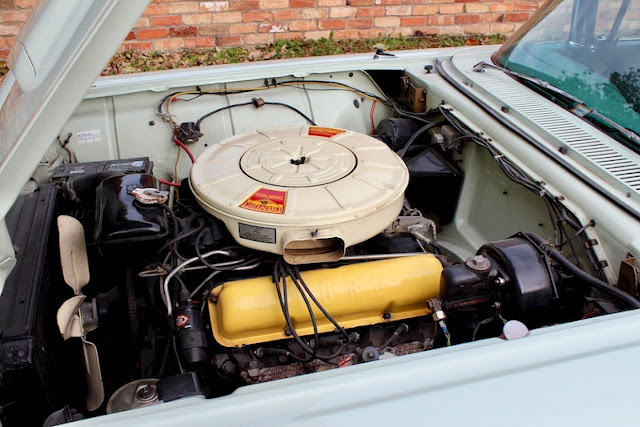 Move forward to 1990 and the T-Bird finally left the Hoffmans and also the USA and was imported into the UK. Still in stunning condition the Thunderbird has featured in a number of Classic Car periodicals, the book ‘Ford T-Bird' and been seen at various shows it was again sold in 1991 having now covered 45,000 miles to the Treasurer of the Association of American Car Clubs UK. During this time she reached the finals of the Classic American Car of the Year in 1993 and later that year had the engine re-built by Holbay Engineering in Ipswich. Mechanically the car is in excellent condition. The V8 fires easily and settles into a distant burble, never intrusive, as should be exepected for a luxury sedan. The 3 speed auto operates smoothly and the 'Power' brakes have a firm bite, giving plenty of reasurance whilst out for a cruise. 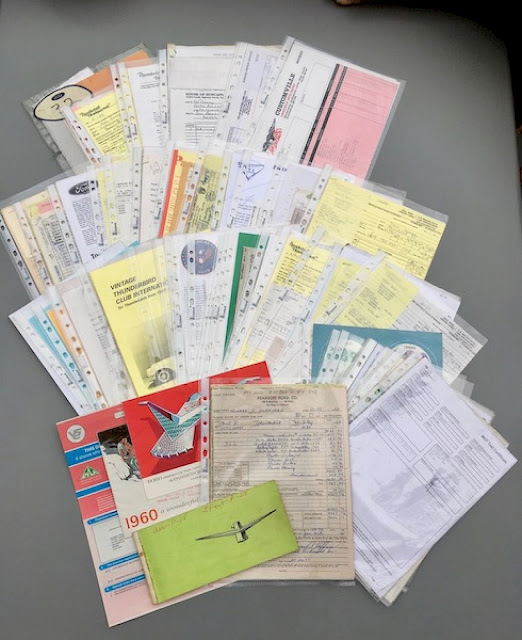 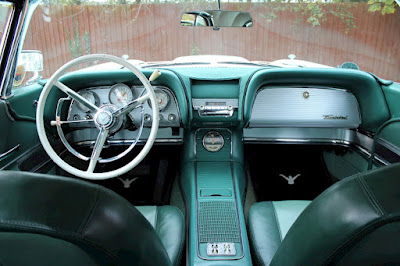 After an appearance in the TV show ‘Lovejoy' in 1994 records indicate that she has been cherished by 3 further owners and that mileage, now, of 58,500, although not warranted is more than likely genuine, with 17 previous MOT’s supporting her mileage.
This remarkable Thunderbird is an real gem. The bodywork remains in very good condition, I belive she has only had the one repaint, back in the early 80's. Panel gaps are consistent around the car and there is no evidence of any rust, just a couple of age related marks, none of which detract from the car. She attracts admiring glances wherever she's driven and will often draw a crowd if stationary for any length of time. We have had the car on the ramps in our workshop and can confirm the car has never had any underbody welding, staggering for a 56yr old car! Chrome work remains very good and the interior, as far as we can tell, is completely original and in remarkable condition, with working electric seats etc, she even comes with a set of Thunderbird over mats (you'll even find her oiginal ones in the trunk).
The looks are classic 1960’s Americana and sitting in and driving the car you really feel transported back to the days of Space race, the Kennedys’ and cruising the Pacific Coast Highway, where this car spent so many happy memories with the Hoffman family. Offered with an MOT to March 2017, Original bill of sale, Original Owners Manual, copies of Thunderbird articles, her Concours Award score sheets, countless records / bills, Ford Thunderbird overmats this is a car is one for the real enthusiast. 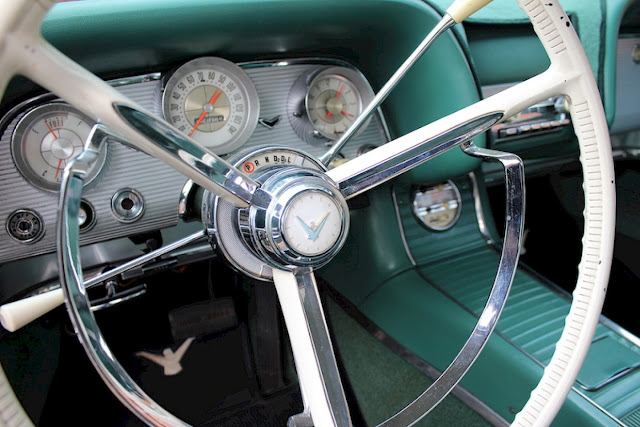