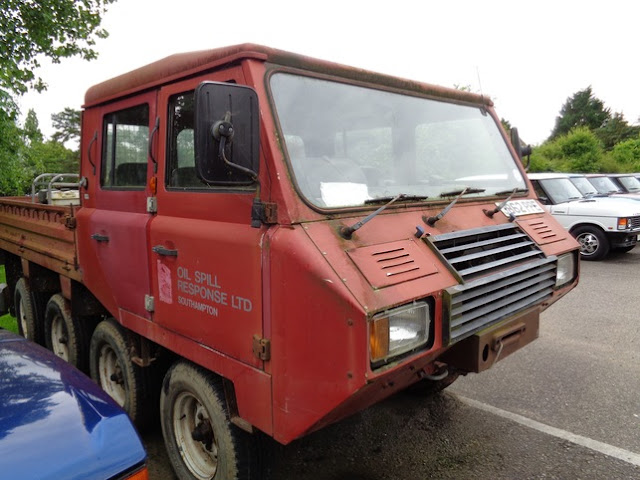 
The Esarco eight-wheel drive (8WD) was developed in the early 1980's by Major Michael Somerton-Rayner.  The first Esarco was based on standard Land Rover 110 engine, transmission and axles. The front and rear axles steer - in opposite direction - which made for a tight turning circle, a concept seen on the AEC Road Train as far back as the 1930's. 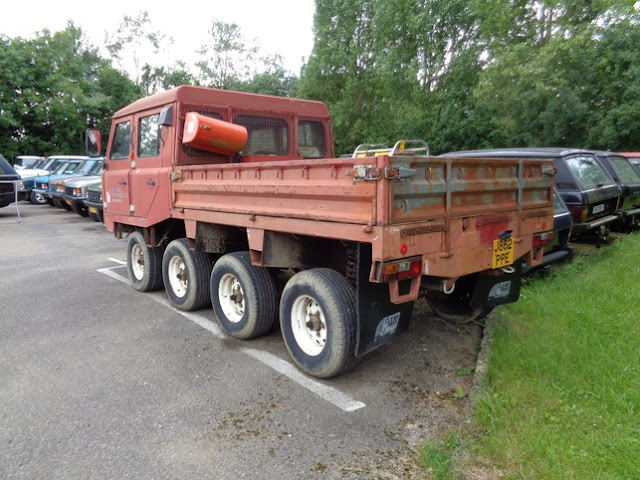 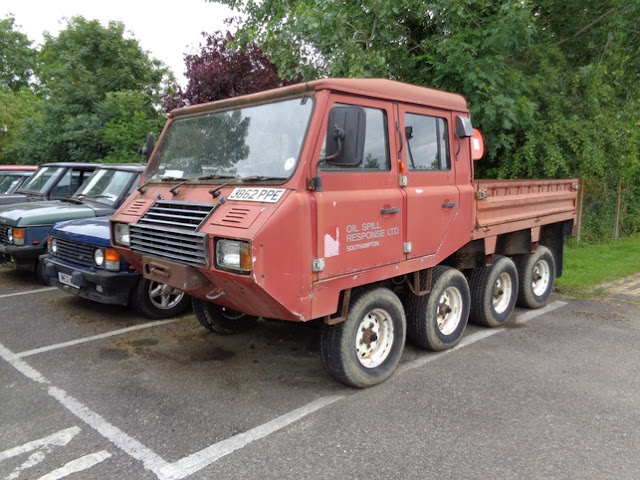 At some stage the concept was taken up by Stewart and Stevenson of the USA, becoming the Esarco SS300. Part-time 4WD transfer cases were adopted and pictures show free wheel hubs fitted to axles 1 and 4. Engine options became a 7.3L V8 diesel engine or a 6-cyl petrol engine.
Although intended as a "utility" 8×8, at least one Esarco was prepared for racing! In 1991 Jacob Westerfeld and Michael Amiralay prepared an Esarco for the Paris to Capetown Rally, also aiming for the Paris-Dakar Rally.
Back in the UK, the Esarco concept was bought by the MWG Group which refined the design but was put into administration. The 8×8 was purchased by the ex MD of MWG, Mike Hearn and a new company, H.U.G.O. (heavy use-global operation) All Terrain Vehicles Ltd. which built final prototypes and type approved the 8×8 c1991. MWG established early on that the possible users would want to carry a crew. Army gun towing, re-supply, emergency aid relief etc. - these usually need to carry a useful load off road and carry the operatives. As a result, MWG made the 8×8 as a diesel-engine vehicle for better fuel duration and fitted a Perkins four cylinder Phaser 110. Also fitted is an automatic Chrysler A727 gearbox and a Land Rover LT250 transfer box driving four specially made wider and stronger axles.
The body was made as a rigid frame structure and all suspension was coil with double acting shock absorbers. The cabin was constructed on a rigid square steel frame providing roll over protection. It is a four-door four-seat cab. There is room between the rear seats for a fold-down bench seat for two more or for an access door to the load deck.
HUGO 8×8
loa 5370mm, width 2200mm, height (cab) 2360mm
load deck dim's 2200mm x 2770mm, top of load deck 1170mm
Unladed 3550kg, GVW; 5550kg, Gross Train Weight 7550kg.
track 1826mm, clearance under diff 260mm
ramp angle 90 degrees, approach/departure angle 45 degrees.
Engine in future 135bhp.turbo 4 cyl. diesel Torque ~ 300Nm.
Transfer cases modified Land Rover LT 250 to suit our wheel size/ t.case ratio.
wheels 15.5", tyres Trelleborg 305x75x16. 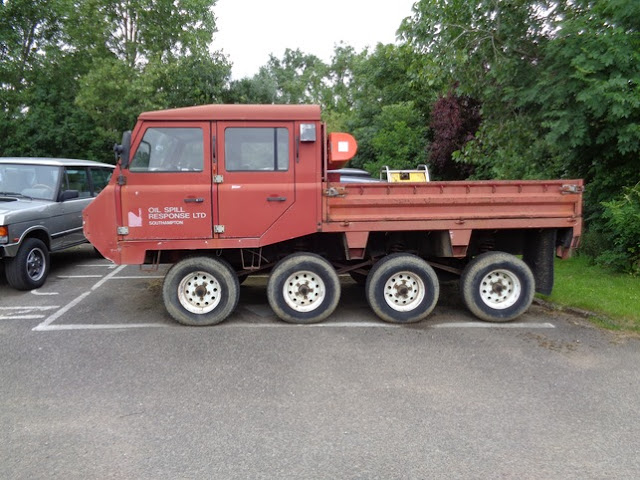