" CLASSIC O THE DAY"
British Car Week
in Association with

Brightwells next auction kicks of at noon on Wednesday 26th November, and they have consigned a varied collection of Classic Cars & Motorcycles that should suit everyones' taste & budget, from resto to concours 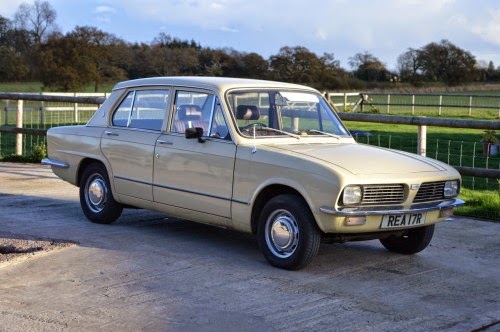 In 1976 a replacement for the Toledo arrived in the form of the Dolomite 1300. The new Dolomite model was really a blend of old Toledo features (the single headlamp front end) mixed in with Dolomite ingredients such as the plusher interior trim and a longer, larger boot.
New equipment also included improved suspension, a larger petrol tank and wider wheels. It used the well tried 1,296cc engine that had been used in the Herald and Spitfire which was already well known for its relatively high power output and excellent reliability.
The Dolomite 1300 was launched with such luxuries as reclining front seats, cigar lighter, fasten seat belts warning light, driver’s door mirror, twin reversing lamps and dipping mirror all fitted as standard - although it is amazing today to think that any of these items warranted highlighting in the brochures of the time! Triumph also fitted lashings of wood veneer and with its pleated seats the whole interior looked very attractive. The Dolomite range was a huge success that inspired great loyalty in its customers and remained in production until 1980.
This well turned-out car shows just 52,600 miles on the clock which the vendor believes to be correct. Sadly just two MOTs are on file so this figure cannot be verified, although the clean condition of the vehicle would certainly add credence to this belief. The floorpan is in excellent condition and we are informed that everything works as it should. It starts well and has had a new fuel pump fitted recently while the previous owner stated that it had also had a new clutch fitted in recent times.
Although fitted with the smallest engine in the range, the willing unit performs well and is surprisingly economical. It is MOTd until July 2015, its modest size making it easy to use and reminding one of just how bloated cars have become in recent years. 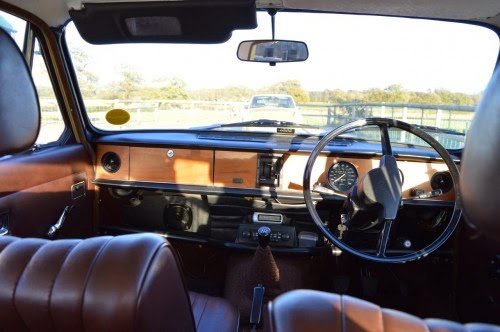 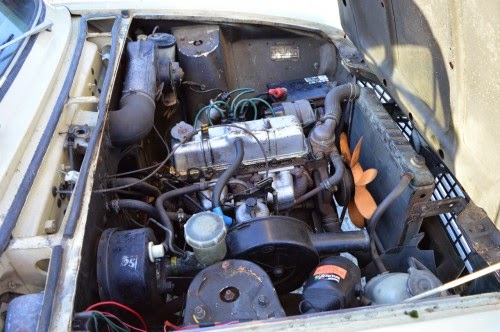 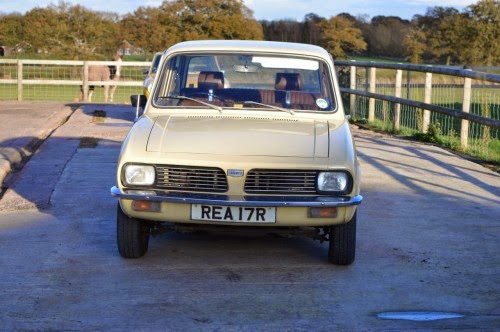 Overview
Are you sitting comfortably? The Toledo was a 1300cc rear-wheel drive car

that used the front-wheel-drive 1500’s body with a shorter nose and tail, but was launched at the same time. These rear-drive underpinning were used in the 1500’s replacement, the 1500TC, in 1973. That got the 1500’s full-length body. Both were renamed Dolomite in 1976, when you could have either 1300 or 1500 engines and rectangular headlamps, or, for driveway one-upmanship, the 1500HL with twin headlamps, more gauges and a better standard of trim. A cheap starter classic.