"CLASSIC OF THE DAY"
British ClassicsWeek
in Association with

We take a final look today at a lot due to come under the hammer at tomorrows Brightwells Sale at Easters Court, Leominster.
2000 BRISTOL BLENHEIM 3 The Bristol car movement has always had a maverick streak running through it, this being an essential part of the marque's appeal.
The company's long term owner, Tony Crook, looked at the world from an entirley different angle to most car company proprietors, openly making the purchase of his products as difficult as possible to sort the wheat from the chaff. His policy of "no riff-raff" was certainly different, as was his refusal to lend any cars to journalists, who he clearly held in some contempt!
He always kept his production levels very close to his chest – indeed when asked during a press launch how many cars he actually produced, he haughtily replied “I will never make more than 150 in one year” - an evasive riposte to say the least, as "fewer than a handful" was probably closer to the truth!
With such low volumes of production, the model life-cycle was measured in decades rather than years. The first V8 Chrysler-engined Bristol was the 407 which arrived in 1961. Its alloy, hand-made body was built onto a separate chassis and the suspension (independent at the front) used a live rear axle. This basic model ensured the marque’s survival through the Eighties and beyond, remarkably forming the basis of all subsequent models (Britannia, Brigand and Blenheim) before Bristol went into administration in 2011.
In final form it had gained multi-point fuel injection, a four-speed auto gearbox and yet another revised interior. Beautifully finished and very civilised, it needed to be at the price-tag, this example coming with its original bill of sale from 2000 totaling over £127,000!
A car built by individuals for individuals, this two-owner example was ordered new by Robert d’Aubigny who was living in Monaco. He ran a company called Exegesis, a business which was to become notorious for running cult-like seminars on self-improvement.
Ordered in Silver with Cashmere leather upholstery, a heated windscreen added £1,227 to the bill, which also included a lower axle ratio, twin fillers, special a/c outlets on the dash, extra wood fillets (£3,000), concealed cubby holes alongside the rear seats (£2,796) and a £2,800 radio navigation system – thankfully Bristol threw in a lockable veneered cover to the spare space below the radio area free of charge - which was nice.
In 2004 it came into the ownership of the vendor, its second keeper from new. The file of documentation includes detailed correspondence with Bristol Cars regarding service and repair work. Nine old MOTs show that when purchased, it had covered a little over 20,000 miles, the odometer now indicating a total of 46,641 miles. It is MOTd until October 2015 and retains its original hand book.
Although a little awkward looking to some, Bristols have always retained an intensely loyal following, which has included amongst others the erudite motoring writer LJK Setright and the maverick pop star Noel Gallagher. This well cared-for, late model is only on offer due to ill health and is looking for a new ndividualist to become only its third custodian. But remember - "no riff raff"! 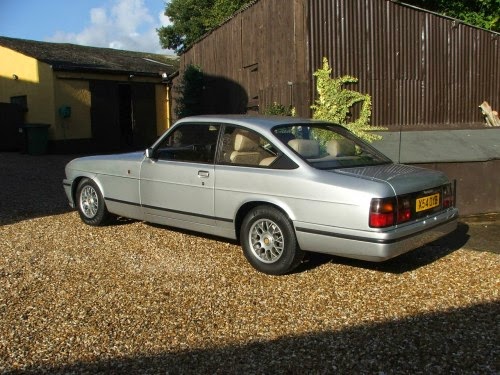 Production: 2000 - 2009
In due course the Blenheim was further extensively modified and in its turn the front was heavily modified. The Blenheim 3 was introduced on 1999-11-10. Like its predecessor, it is available in various states of tune, to customer requirement.

The new body blends modern elements with traditional Bristol style to give a sleek, rounded silhouette that will look distinguished in any company. The smooth new shape so confers aerodynamic benefits that will be appreciated on long continental journeys or in poor weather conditions at home.

Bristol have always been famous for cossetting and supporting their occupants in a way that is unparalleled. To this end, Blenheim 3 introduces new "armchair" style seats which are tall and deeply contoured to hold you securely and with unrivalled comfort over any distance.
Softly wrapping over these exceptional seats is a new soft, silky and flawless leather specially selected and processed in batches for Bristol Cars. Such quality cannot be found in any rival. Rear passengers can now enjoy concealed lockable storage compartments with veneered fold-out drinks trays or the "Town Limousine" interior which allows a special slimline front passenger seat to be folded forward when not in use affording effortless entry to the rear seats and almost unlimited leg-room.

There is much new for the driving enthusiast to savour. New, clearer instrumentation is matched to improved fascia lighting based on recent scientific research. Optional automatic headlamp illumination and an electronic reversing aid system is available.

Under the bonnet the new TS3 series engine confers a considerable uplift to the Blenheim's already brilliant performance. Changes include a higher compression ration, improved new engine management system to ensure that available torque is increased throughout the engine's rev-range giving outstanding performance, engine response and fuel efficiency. Smooth and whisper quiet around town, Blenheim 3 can summon a super car type surge any time the mood takes you.
Enhanced high speed control is assured by a more precise steering linkageand a 28% increase in suspension roll stiffness.

The latest tyre developments are incorporated as standard while larger wheels and lower profile tyres are available as options for the first time.

A special handling package is available as an option for the first time, and is available for those who see high speed driving as their primary intent and this uses a new patented variable rate damper, allowing firm high speed control without spoiling the car's low speed ride. While retaining all Bristol's traditional virtues, Blenheim 3 S sets delightful new standards of performance, luxury and style.

The Blenheim 3G offers another option - to have the vehicle supplied ready converted to run on liquid petroleum gas or LPG, whilst retaining the facility to revert to Petroleum Spirit should the need occour. This can have significant savings to the high milage user, though a certain amount of space is required for the LPG tanks and there is a handling penalty when fully loaded due to the disposition of additional weight when both types of tank are fully charged.