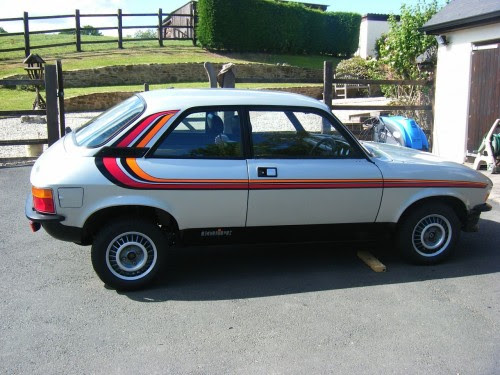 Launched as a replacement for the successful 1100/1300 range, the Austin Allegro first appeared in 1973 and got something of a lukewarm reception, being compared unfavourably with its well-liked predecessor.
Stylistically, it went against the sharp-edged styling cues that were becoming fashionable (largely led by Italian designer Giorgetto Giugiaro), and featured rounded panel work. The original styling proposal, by Harris Mann, had the same sleek, wedge-like shape of the Princess, but because BL management wanted to install the bulky E-Series engine and the heating system from the Marina, the bodyshell necessarily took on a more bulbous profile.
In fact BL took a perverse pride in its unfashionable shape, thinking that they could emulate Citroen by combining advanced technology with styling that bucked mainstream trends to create long-lasting 'timeless' models. The two-box saloon bodyshell was suspended using the new Hydragas suspension system (derived from the previous Hydrolastic system used on the 1100/1300) which endowed the Allegro with an impeccable ride.
Road tests were not unkind but the lacklustre styling, combined with constant press coverage of industrial strife at BL, meant the car only got to seventh in the list of best-selling cars in Britain, a poor performance compared to the 1100/1300 range. Production ended in 1983 with the launch of the Maestro.
First registered in March 1980, this particular car is the rarest Allegro of all, an Equipe model which was introduced in July 1979 and was only available to special order. A two-door version of the 1750HL, it was boldly painted in bright silver with day-glo orange ‘Starsky and Hutch’ stripes and sporty alloy wheels.
Proving the point that the Allegro does have its fans, this Equipe was fully restored by the vendor in 2010-2011 at a cost of over £10,000, the whole process fully documented on over 100 photos plus many invoices in the history file.
The body was professionally stripped to bare metal and painstakingly treated with many layers of primer/undercoat/stonechip/topcoat and wax oiled wherever possible. Determined to use original parts at all costs, the vendor went to extremes to source the right bits. The stripes are original 1979 3M products, not copies, and were the last originals around; the petrol tank came from Belgium which is where the car was originally built; the brake callipers came from an old Leyland garage in Scotland – the list goes on and on.
The car has only covered 60,000 miles to date, backed up by a large history file from new, and had been in storage for 15 years before the vendor acquired it. It has been valued by the Allegro International Club at £12,000 with a copy of the valuation and a corresponding insurance certificate on file. It has just flown through its MOT with no advisories, the two MOT testers being so astounded by its condition that they took photos underneath.
Despite being derided for many years, the Allegro is now seen as something of an icon and has a growing band of admirers. The ultra-rare Equipe model, of which only eight are still road registered in the UK, is particularly prized as a slice of classic 70s retro.
Almost certainly the finest example extant, this little beauty could well prove a canny buy at the modest guide price suggested and is being offered here at a fraction of the costs lavished upon it. If nothing else, the vendor deserves some 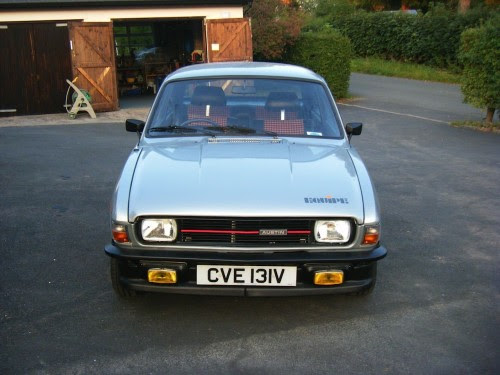 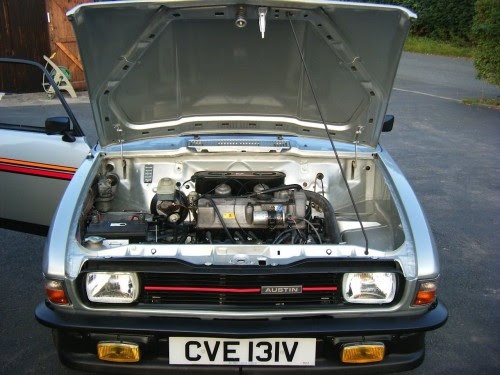 Overview
The Allegro stood as the foremost icon of all that was wrong with Britain’s car industry in the 1970s. Strange looks, lack of quality, reliability issues and that infamous rectangular ‘Quartic’ steering wheel meant that what good touches it did have (a wide choice of engines from 1-litre through to 1750cc, compliant Hydragas suspension, five gears and a distinctive character) were overlooked. 1975’s estate version looked like a shrunken hearse, which didn’t help matters. However, Allegros have cult appeal nowadays.