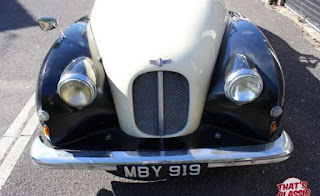 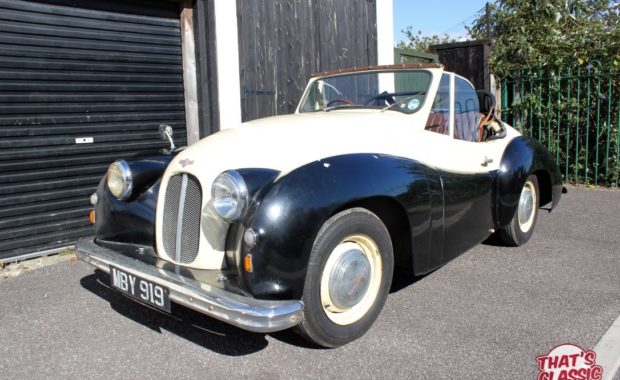 Vauxhalls Design Department started urgently working on new models almost as soon as the war was over with planned launch dates in autumn 1948 when the first post war motor shows were scheduled to take place in London and Paris.
The car could have been launched earlier as most of the design work was done within 6 months, wartime urgency still prevailed at Luton! The result of this was during the early part of 1948 the Design Department didn’t really have a great deal to do.
A catalyst for this may have been the experimental 6 cylinder engines that Maurice Platt’s engineers were working on for the new L Type Velox. These involved over-boring the 1781cc engine from the J 14hp model to its maximum capacity of 2275cc which gave a significant increase in both power and torque – in other words an ideal engine for what any car designer likes to play around with – a 2 seater sports roadster
The fortunate aspect of Vauxhalls Design Department was that at the time it was very much like David Jones personal “kingdom” and as long as the corporate projects were completed on time and were successful he was free to indulge himself in whatever he liked within reason. It has been noted by many at the time that his relationship with fellow senior Vauxhall Directors and department heads, including Assistant Chief Engineer Maurice Platt, were strained on a good day! The Design Department also resembled more of an art studio than somewhere that designed cars and trucks although by necessity this would change in time.
Inside the concept used a central gear lever, which would end up on the steering column on the L Type, and a dashboard, with 2 large dials with chrome surrounds, mounted to the left of the driver and a separate ammeter mounted below. The quarter windows were fixed and the only luxury items were the leather trim and wood door capping which were obviously styled as an integral part of the car.
The car was shown to Vauxhall management with a view to limited production. This is not as farfetched as it sounds as prior to the WWII Vauxhall offered the 12 & 14 hp models with a choice of bodywork,
It is known that the car was used by David Jones as his personal transport for a while but I think it’s likely that the car was then taken of the road for about four years then re-registered again in March 1954 or it was left lying around the Design Department for a similar time and was first used in 1954, I think the former is more likely than the latter. Quite how or why it managed to escape into the public domain is also a bit of a mystery but may have been sold to an employee of Vauxhall who worked in Jones team.
The car uses a J-14 Chassis number and a very low engine number that is identifies it as an early L Type experimental unit.
A one of a Kind ” One off” car, Vauxhall Concept car of 1948. 12 Months MOT, potentially a Restoration project but the originally of the car is fantastic, untouched for 60 years.
It has been kept in road worthy condition and the brakes have had a recent over haul.
Attracted a Huge amount of attention at Beaulieu Auto jumble, Literally crowds of people in aww.
This was it’s first public show since it was built 1948, A hidden Gem, a part of Vauxhall History… 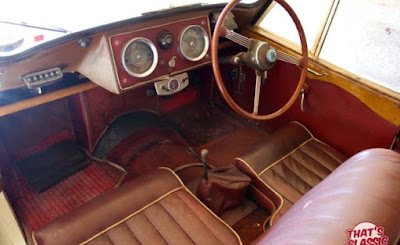 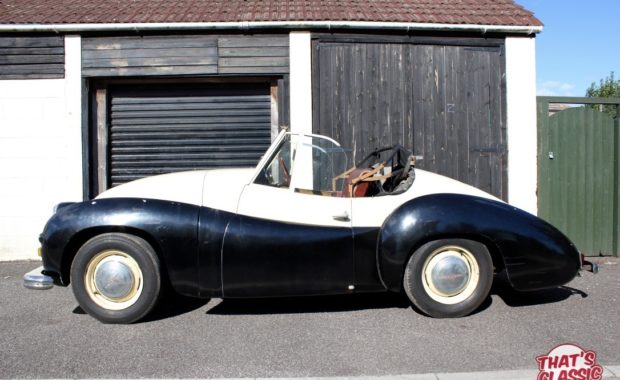 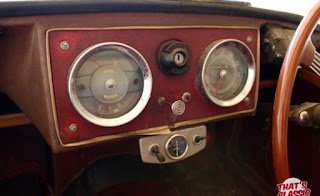 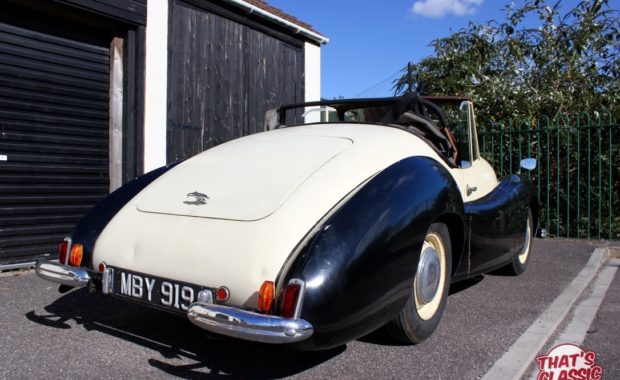 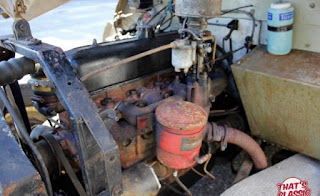 DATES OR YOUR DIARY