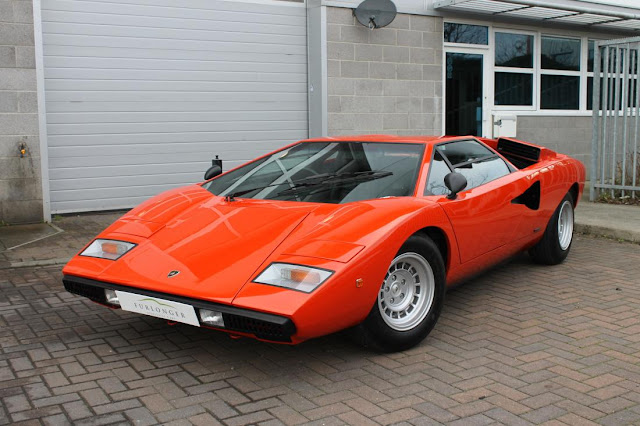 1975 LAMBORGHINI COUNTACH LP400 PERISCOPO
The outrageously styled Lamborghini Countach was the original "poster car" of the Seventies and Eighties, After the svelte Miura, arguably the first supercar, it was an in-your-face statement that the company has made its trademark – at a time when supercars are ten a penny, nothing else looks quite like a Lamborghini.The Lamborghini Countach was unveiled at the 1971 Geneva Auto Show. It was an exotic vehicle that had dramatic styling with its trademark scissor doors and low, angular, wedge-shaped body. The show car was called the LP500, for Longitudinale Posteriore 5 Litri, or longitudinal-rear five liters, with a mid-mounted engine located in front of the rear axle, the gearbox in front and positioned between the two seats. The final drive passed back through the engine sump, under the crankshaft, to the differential. This clever setup meant the engine was raised, necessitating the installation of side draft Weber carburetors, to maintain a relatively low rear deck. Since there was no rearward visibility, a periscope-type rear-view mirror was added, earning it the name 'Periscopo' to the initial Countach series. The production version of the car was called the LP400 in recognition of its four-liter V12 engine. In this configuration, it was first shown at the 1973 Geneva Motor Show. The LP400 closely resembled the LP500 prototype, though with several differences. The bodywork was constructed of lightweight aluminum. Special glass, along with magnesium which substituted for heavier materials, were used to aid in reducing the overall weight. Additional air boxes were installed to feed cooler air to the relocated radiators, while air ducts were added to the sides to keep the car from overheating. Other changes for the production LP400 included a pair of small side windows, a revised taillight design, a Fitchtel & Sachs aluminum clutch, a pair of six-plug Marelli distributors, and the use of Stewart-Warner instrumentation. We have just acquired this extremely rare, right-hand drive LP400 "Periscopo". This beautiful car is finished in Miura Orange, with nero leather interior and is one of the ten right hand drive UK delivered cars of 150 total production. Delivered on the 22nd May 1975 chassis number 1120094 was finished in Tahiti blue with tan leather to a Mr Horrocks of Bolton.All of the original invoices from Lamborghini SPA and Berlinetta Italia who were the UK importers are present. The car has been well known in the Lamborghini owners club its whole life, and has passed through two other previous owners before going into long term storage with Mike Pullen at Carrera Sport. In 2014 in association with Furlonger, Carrera Sport undertook a full nut and bolt restoration to concorse standard for the new owner. Everything has been either replaced or rebuilt, this Countach Periscopo has to be considered one of the best examples in existence today. Complete with many invoices and receipts, leather wallet, handbook and tools this car has to be seen to be appreciated. 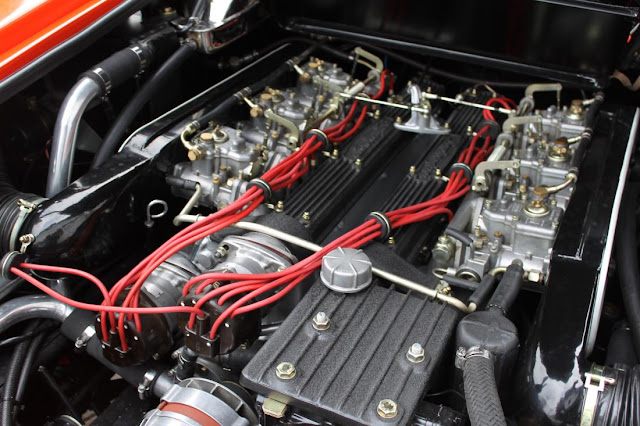 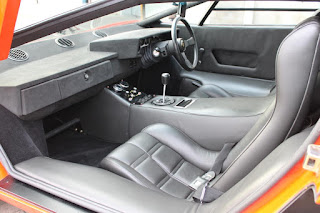 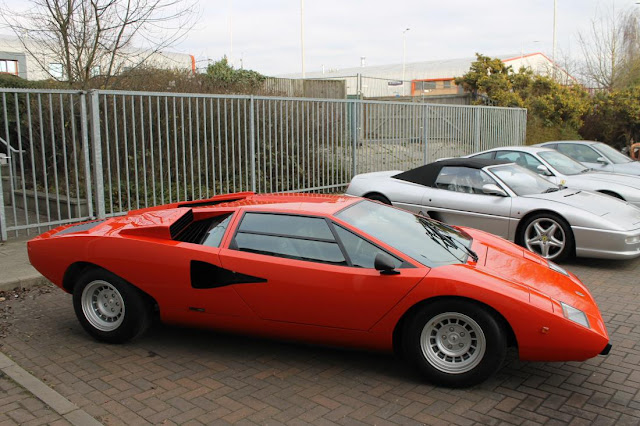 CLASSIC CHATTER
Powered by Dragons
Posted by jeffharris at 12:32