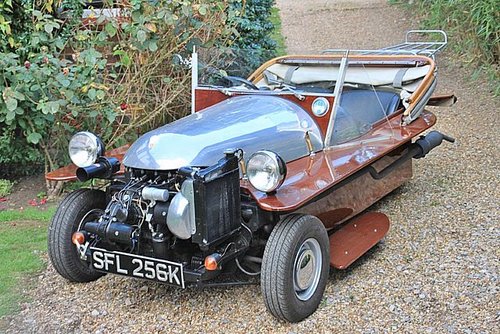 1971 AF SPIDER
A joint venture between Colin Crabbe “Antique Automobiles” who was running a Formula 1 racing team at the time and designer Alexander ‘Sandy’ Fraser. The Spider was constructed to order in hardwood with mahogany faced marine ply and aluminium (though later cars were fibreglass). Mechanically, the cars were largely Mini based, and this particular car has the power of an Oselli tuned twin carburettor 1275cc engine. Driven 0-60 in under 6 seconds, the AF was quicker than a Porsche 911. It was apparently put through its paces by legendary Ronnie Peterson, lead driver of Crabbe’s F1 racing team. Sandy Fraser was a Morgan enthusiast which clearly influenced the Spider’s retro appearance, and motoring journals were very impressed with the Spider in 1971. Motor devoted a three page road test to the AF while Autocar concluded “the most stable and delightful 3 wheeler we have ever driven.” And despite its extreme rarity, AF is acknowledged in Georgano’s Encyclopaedia of Motor Manufacturers. Of around 7 produced, and a subsequent 5 ‘Grand Prix’ post Crabbe’s involvement, this must be the supreme example being a unique long wheel base prototype, the featured press car and then retained by Colin Crabbe for 39 years. In 2009 this AF was an invited guest at Mini 50th celebration at Goodwood when Sandy Fraser was reunited with it, and Rowan Atkinson took a spin along the track. Colin Crabbe parted with the Spider in 2010 to a retired (Vulcan) Flight Lieutenant at 5,000 miles, and 2,000 more have been covered since. Following our purchase directly from this owner, the perfectly sound wooden body has been carefully prepared and rejuvenated with 8 coats of marine varnish by notable Starcraft and Riva restorer Terry Dann, who built the iconic Chitty Chitty Bang Bang wooden ‘boat tail’ for the original 1968 film. Whilst being very careful not to over-restore this unique vehicle , the partially exposed engine compartment and ancillaries have been detailed, the custom made boot rack and wheels have been shot blasted and painted. The charming perambulator hood frame has been restored, the fabric still original and the aluminium bonnet polished. This Spider should appeal to either a Mini or Microcar collector, and with hints of a Gipsy Moth and Slipper Launch about it, this could equally tempt a vintage plane or boat enthusiast. The voluminous history file includes the AF Spider original sales brochure, the original Autocar and Motor features plus other press articles of the period mainly featuring this actual car. The original green log book accompanies the current V5C, there is a 1970’s photograph of the car in Aberdeenshire and Goodwood (2009), and several within a signed hard back copy of “Thrill of the chase” Colin Crabbe’s autobiography. There are numerous service bills, nice letters from both Sandy Fraser and Colin Crabbe to the second owner, old MOT’s etc. 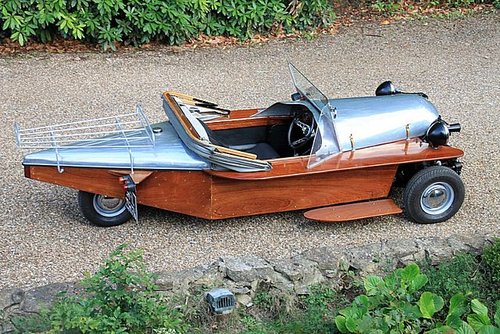 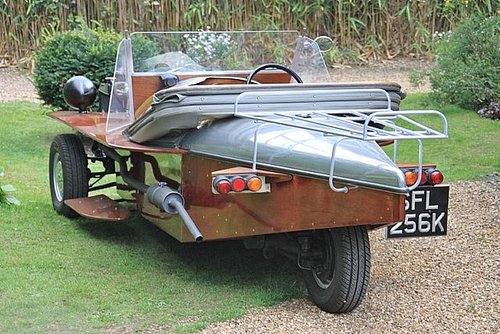 CLASSIC CHATTER
Powered by Dragons
Posted by jeffharris at 12:00